Dan Dan means carrying pole in Chinese. The pole was made of bamboo or wood. A single person balances the yoke over one shoulder, with one large basket  being suspended from each end. It was widely used in Sichuan before people could afford modern transportation. The anecdote says that Dan Dan Noodle was invented by a hawker in mid nineteenth century in Sichuan. Of his two baskets, one carried the stove and pot, another the noodle and ingredients. People were impressed by its mobility with the carrying pole. They started calling it Dan Dan Noodle.

After 150 years, there are some fixed rules about Dan Dan Noodle. First, it has to be in the small bowl about the size of your fist. If in anything bigger than that, you should know it is not authentic. The reason is simple: the bowls were used to be carried around in a basket on a carry pole. They have to be small. Second, there can’t be soup in it. For the same reason: no space. Third, there has to be chili oil and minced pork or beef. Chili oil is for the spicy flavor, while the minced meat was loved by the manual laborers when protein was expensive to get in old days. The rest are up to the chef. But you have to follow the three golden rule, otherwise it is not Dan Dan Noodle. 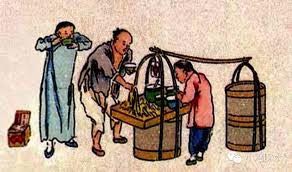 Unlike the rest of China, Wonton is not called Wonton in Sichuan. It’s offical name is Chao Shou. Chao Shou is usually stuffed with pork (Shanghai Wonton has vegetables).  The dough is very thin, thin enough that one variety is called Glass Chao Shou because eater can almost see the stuffing. There are two type of tastes available: spicy, or not spicy.  The non-spicy one comes with soup; the spicy one is covered with spicy sauce and ingredients but no soup. In Legend 72 Chef Yang makes the traditional Chao Shou. It is simple and it tastes great.

Get a free ice cream if you caught a Pikachu! 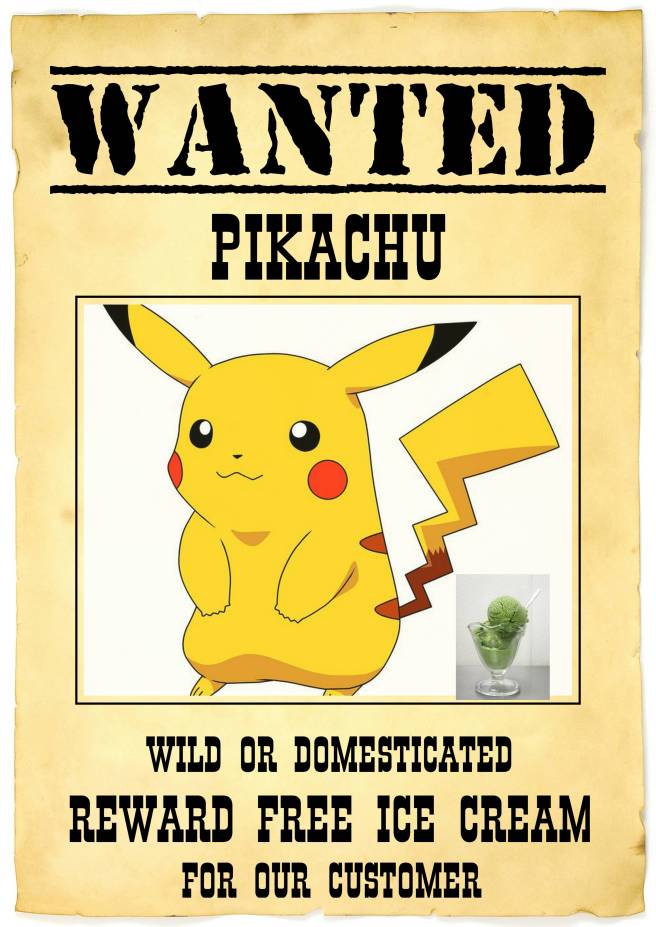 Chef Yang and his wife Mary, who also works in Legend 72. Together they opened Legend 72 three years ago. They have been striving to provide the best authentic Sichuan food to Upper West Side neighborhood.

Mala Crawfish is a nightlife obsession in Beijing and most of big cities in China. The Sichuanese crawfish is stir-fried in heaps of oil via the wok, with a mass of spices including the infamous numbing peppercorns, chilies, soybean paste, ginger, garlic, leeks and cooked in mere minutes it’s then served in a giant bowl as a mass of pokey claws and chili-oil glossed tails. This year Legend 72 put this delicacy on the menu.With a pint of cold Sapporo draft beer, it should complete a perfect night of Sichuan food experience. When Chef Yang opened Legend 72, he decided that this is not just another Legend or another Sichuan restaurant. This place would be his own stage to express his own idea on what real gourmet Sichuan food should be.

There are well-executed traditional food, like Mapo Tofu, Double-Cooked Pork and Spicy Cellophane Noodle. They are sold well because upon first bite on them one feels instantly like being teletransported back to the familiar small alley of Chengdu, where people cook their meals in front of their house on the street, and the whole neighborhood would smell food while hungry kids were running out of school to home. Chef Yang brings back memories for many Chinese expatriates from Sichuan.

There are trendy food popular among almost all young Chinese from around the country. The Braised Fish Fillet with Roasted Chili lost its many-layered meaning when being translated into English. The Chinese name is roughly as Water-boiled Fresh Fish Fillet in the Style of North Side of River. Water-boiled is a deceiving term in Sichuan cuisine. It actually means boiled in hot oil with lots of red spicy chili peppers. Fresh fish means really fresh, like just being caught the same day. The River is Yangtze river. It flows through the second biggest city in Sichuan region (now Chongqing is an independent municipality from Sichuan Province). North side of Yangtze River in Chongqing is the city’s downtown where locates the busiest harbor and business center in Southwest China, and is the origin of many great Sichuan dishes. The six-Chinese-character name stands for so much yet almost completely got lost in translation.

There are dishes inspired by American chef. House Pineapple Fried Rice is inspired by Jean George’s famous Ginger Fried Rice. Chef Yang blends in his own unique ingredients and flavor to create one of the most popular item on the menu.

Chef Yang started his cooking career when he was 17 more than thirty years ago. A firm traditionalist, he strictly follows the most sophisticated and complex way of traditional Sichuan cuisine. At the same time he is very creative to add on top of the great tradition. The simple pleasure derives from this combination sometimes is irresistible.

Although many Sichuan dishes live up to their spicy reputation, often ignored are the large percentage of recipes that use little or no spice at all, including recipes such as “Tea Smoked Duck”, “Pork with Sizzling Rice Cake“，“Whole Fish with Pine Nut”.

The Sichuan Basin is a fertile producer of vegetables. A wide variety of plants and herbs prosper in the upland regions. Vegetarian Sichuan food can be better than its meaty counterpart, actually way better, sometimes. Deeply influenced by Buddhism and its vegetarian tradition, people in Sichuan have developed many delicious dishes. In fact, some best vegetarian restaurants are in temples. A plate of fresh, tasty and light sautéed mixed vegetable with rice often is considered the best a busy modern urbanite could have at dinner for his health as well as soul. 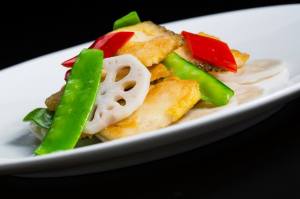 Szechuan peppercorn has a fragrant aroma that has been likened to lavender. However, its main claim to fame is the powerful numbing sensation it causes around the mouth. When married with chile peppers (the other key ingredient in Szechuan cuisine), chefs believe this numbing effect reduces the chile pepper’s heat, leaving diners free to appreciate the capsicum’s intense, fruity flavor. 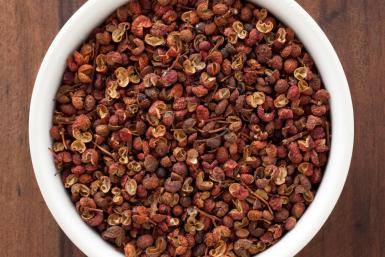